Welcome to Chessdom. This is your first post. Edit or delete it, then start blogging! 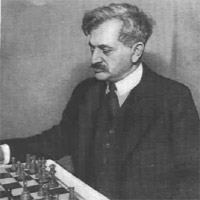 Maybe you didn’t know that the first players to be recognized as Grandmasters were Emanuel Lasker, Jose Raul Capablanca, Alexander Alekhine, Siegbert Tarrasch, and Frank Marshall. Those titles were awarded by the Russian Tsar Nicholas II after the 1914 St. Petersburg tournament. The tournament included most of the world’s top players and Emanuel Lasker, World Champion at the time, won it.

A necessary move in order to prevent the active Bc5.

This is a very difficult move. Pawn e4 becomes backward and Black gets e5 square for his pieces. However, Lasker saw that. In order to reach e5 with the Knight, Black has to play c5, which will lock dark-squared Bishop. Also, Bc8 is now very limited with space. 50 years later, at the Olympiad in Habana, Fischer employed similar method against Unziker.

A mistake, as Capablanca pointed right after the game. Black pawns will be straightened up, but White has new target for his Rooks on d6 and Knight is storming to the weak square e6. Better was 13… Bxf4 14. Rxf4 c5 (preventing Nd4-e6) 15. Rd1 Bb7

Black agrees on passive defense. Much better was c5, even if d5 remains weak, Knight would be able to get on e5 outpost. Now Lasker is doubling Rooks on d-file.

Prolonging with passivity is equal to suicide. White will now slowly gain space on the kingside, too. Maybe it was time for an exchange sacrifice 21… Rxe6 22. fxe6+ Rxe6

The open a-file is of no use – there are no entry points.

Everything is set for the breach. Lasker is cleaning e4 square and his Knight enters the attack with huge power.

Tactical justification of a temporal pawn sacrifice. Moving the Rook would have ran into Nd6 fork. 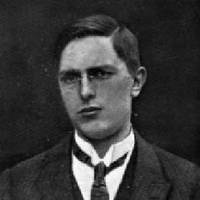 Alexander Alekhine and Max Euwe played their first match in December 1926/January 1927, while Capablanca was still the world champion. Alekhine had just returned from his 4-months journey to South America. He entered the friendly match, arranged one year earlier, as part of his training for the world championship. The match was shortly adjourned because Alekhine had to travel to Paris to settle the terms with the organizers of the New York 1927 tournament.

Black wants to prepare Nbd7 and e5, but this move was imprecise because White has strong d5. Better was 8…Qc8 or 8…Be4

Almost the only reply possible. White was threatening c4 and Nf5.

Winning d5 pawn but at the cost of delayed queenside development.

After the White Queen got stuck on the queenside, Alekhine is grabbing the initiative.

Thanks to Nc3, Black is still winning a pawn!

Another cheap trick, but White has nothing better. Alekhine is avoiding the bumps and claims decisive advantage with a strong blow.